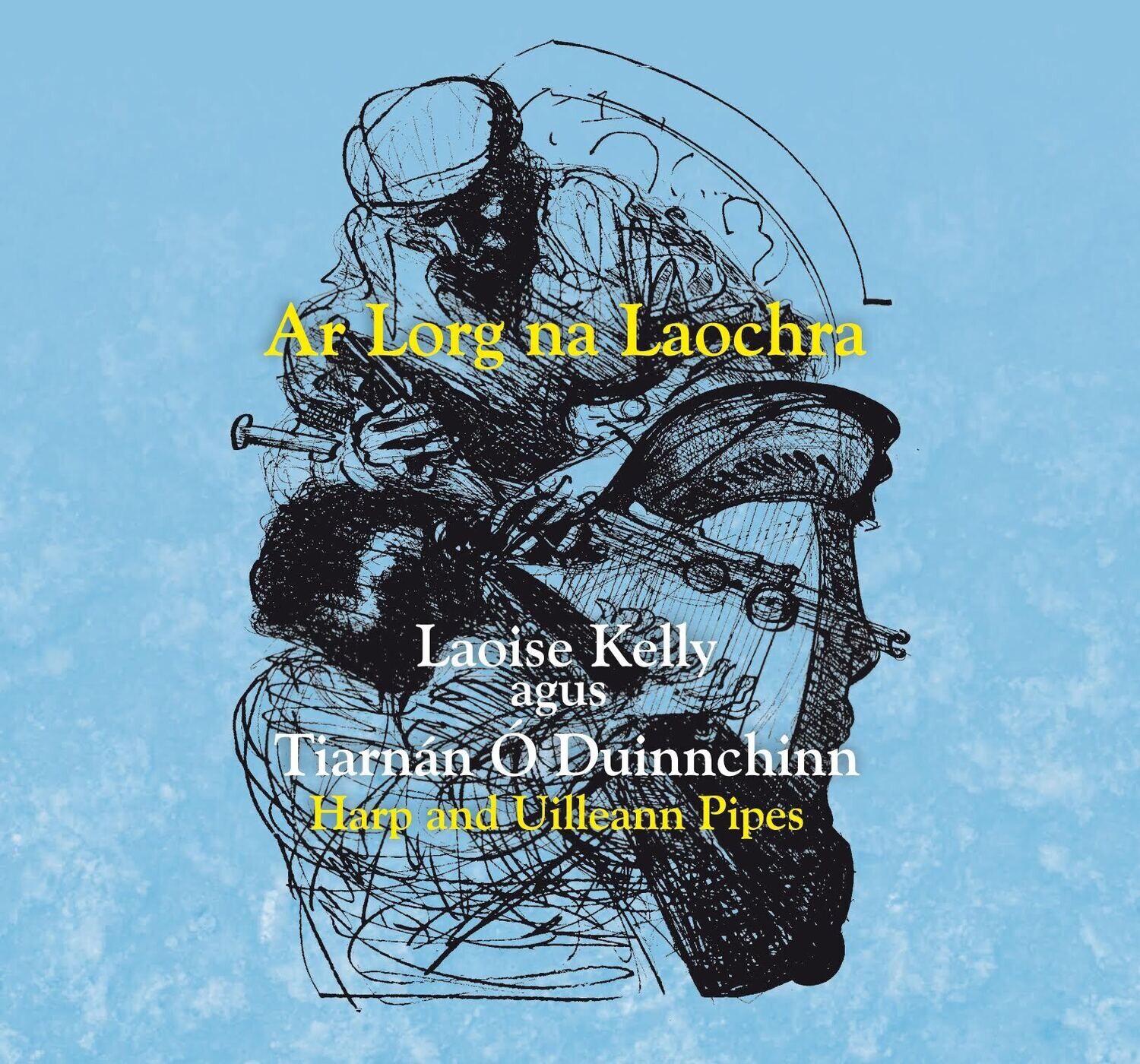 00009
€12.00
THE LIVING TRADITION ​ Irish harp and uilleann pipes, a very traditional sound but quite a rare one in these days of wider instr
In stock
1
Product Details

Ar Lorg na Laochra / On The Shoulders of Giants

Newly minted this album Ar Lorg na Laochra / On The Shoulders of Giants is a collaboration between Laoise Kelly and Tiarnán Ó Duinnchinn and is a cause for celebration .

The harp and uilleann pipes could be described as two giant instruments of Irish traditional music not on account of size or volume but on grounds of status, lineage and cultural significance. Both are very demanding instruments requiring long apprenticeships in which to master repertoire and technique. Both are high maintenance musical organisms apt to act up in the wrong environments. Laoise Kelly and Tiarnán Ó Duinnchinn, harper and piper respectively, have achieved levels of excellence and mastery realised by only a very few musicians. They are regarded by many in the same light as the giants they invoke on the album title.

The poet Seamus Heaney often related the story of Apollo the god of music and player of the lyre who was challenged to a musical competition by Marsyas, the player of the aulos a double reeded pipe. Marsyas, a natural intuitive and brilliant player aroused the jealousy of Apollo and lost the competition. He was flayed alive for his trouble. You just can’t go round challenging the gods and expect to get away with it. The two instruments lyre and aulos can be said to represent the head and the heart aspect in the human condition, the rational and the emotional, in art and in life. If only Apollo and Marsyas could have played together, then they might have sounded like Kelly and Ó Duinnchinn and all would have been well .

Because here is a pair who delight in difference.

Ar Lorg Laochra /On the Shoulders of Giants is a work of opposites and dualities, of old music made new again, of song airs and dance music, of male and female, of string and reed, of the Gaelic court and colonial Ireland, of Irish and English, of light and shade, of the living and the dead, players and composers. In other words within this album is contained a whole world mapped out on 13 tracks .

Almost all of the main regional styles and repertoires in Irish traditional music alongside their exemplary players are invoked here. Humour, gaiety, mischief and sorrow weave in and out of the musical narrative. All the while, homage to the source of the tunes is expressed in the choice or selection of tunes in the reference to the associated player or collector and in the playing.

The exquisite version of Fáinne Geal an Lae and The Ladies Cup Of Tea conjures up the nineteenth century Protestant clergyman Canon James Goodman from the Dingle Penninsula who compiled the most important collection of the traditional music of pre Famine Ireland. The old harp air, Catherine Ogie, movingly restates the ancient connection between Gaelic Scotland and Gaelic Ireland. In the recent and remembered past, players like Fred Finn from Killavil and a host of outstanding Donegal fiddle players; Proinsias Ó Maonaigh, John Doherty, Con Cassidy and others are summoned up in highlands, reels and strathspeys as are box player Johnny Connolly from Connemara in a spanking version of The New Mown Meadow and the late, great Denis Murphy in the double jig, The Humours of Killarney .

More contemporary references to musicians and singers like Kitty Seán Cunningham from Teelin Co Donegal, Dave Hennessy from Cork and Tommy Makem from Co Armagh bring us into the vitality of the present and a tradition that is alive and well .

Save this product for later
Display prices in: EUR